Bone diseases are very common across the globe. Osteoporosis is the main cause of bone loss and it can be caused by several factors such as postmenopausal estrogen decrease, iron overload, glucocorticoid (GC) treatments, hyperthyroidism, and chemotherapies.

Bone cells express CB1 and CB2 receptors and TRPV1 channels. Anandamide (AEA) and 2-arachidonoylglycerol (2-AG) as well as the enzymes involved in their synthesis and degradation are present in bone cells. AEA and 2-AG seem to modulate osteoblast and osteoclast differentiation. 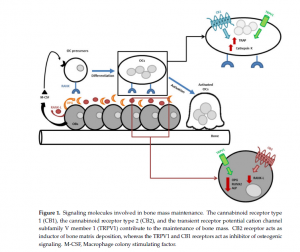 The pharmacological modulation of these receptors contributes to the maintenance of bone mass by stimulating stromal cells and osteoblasts and by inhibiting monocytes and osteoclasts. Endocannabinoid system may be a pharmacological target in the prevention and treatment of bone diseases such as osteoporosis.

We are pleased to announce that we have added cannabinoid analytical consulting and education services to our platform.

This service will be provided by a new established partner with proven track record on development and execution of validated methods for cannabinoid analytics.

It is believed that oxidative damage and inflammatory cascades are the main drivers of liver and kidney injury after BDL.

A recent research by Tronjar et.al 2019 in mice,  demonstrates END_OF_DOCUMENT_TOKEN_TO_BE_REPLACED 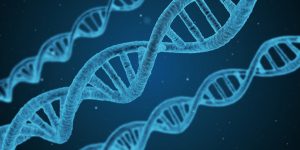 Can we generalize the result of clinical studies to patients’ experience?

The genetics of cannabis strains used in research in the US is different from commercially available products. Therefore, the clinical effect of the studied strains may be different from the patient-reported outcomes.

According to a recent study analyzed the genetics of 49 cannabis strains from different sources including NIDA (National Institute on Drug Abuse) and dispensaries in Colorado, California, and Washington. The researchers found that strains can be grouped into two major categories: drug-type strains and hemp-like strains and the genome of both strains sourced from NIDA looks like hemp. Dr. Anna Schwabe, one of the authors of the study says that “I personally don’t think they’re providing something that’s similar to what any patient could get their hands on,”.

It worth noting that all scientists in the US have to get their cannabis strains for research purposes from DEA & NIDA approved sources. The only licensed source is currently the National Center for Natural Products Research at the University of Mississippi.

You can find the excerpt of the study in Nature and the original study here.

Neurodegenerative disorders such as dementia, multiple sclerosis (MS) and Alzheimer’s disease (AD) share neuroinflammatory characterization.
CB2 receptor agonists have shown neuromodulatory and immunomodulatory effects in the immune system.
β-Caryophyllene (BCP) is a CB2 agonist found in natural products such as cannabis, black pepper, Thai basil and cloves. It has displayed anti-inflammatory and antioxidant effects through activation of the CB2 receptors.
Askari and Shafiee-Nick 2019,  investigated the protective effects of a broad range concentration of BCP against LPS-induced primary microglia cells inflammation and M1/M2 imbalance as well as the involvement of related signaling pathways. 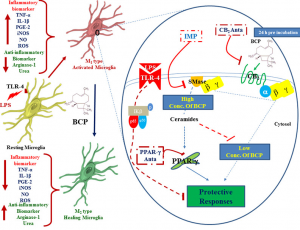 They found that” The protective effects of BCP on LPS-induced microglia imbalance is provided by the M2 healing phenotype of microglia, releasing the anti-inflammatory (IL-10, Arg-1, and urea) and anti-oxidant (GSH) parameters and reducing the inflammatory (IL-1β, TNF-α, PGE2, iNOS and NO) and oxidative (ROS) biomarkers”.
It is important to note that middle to higher concentrations of BCP reduced the protective activity of BCP and resulted in the activation of the PPAR-γ pathway by SMase induction. It has also been found that SMase inhibitors imipramine (IMP) and fluoxetine (FLX) synergistically increase the protective effects of BCP.

Lindsey et al. 2019, showed that IL-23 levels are most strongly associated with aging in mice. They assessed changes in circulating cytokines in young and aged mice, and the effects of BCP on memory function and cytokine load.
They found that BCP improved working memory and decreased IL-23 levels in aged mice. BCP appears to reverse age-associated impairments in memory in this animal study.
Further research is needed to determine whether CB2 agonists can play a role as novel anti- neurodegenerative disorders medications.

A recently published observational study on effects of CBD-Enriched cannabis extract on Autism Spectrum Disorders, highlights the need for double-blind placebo-controlled studies to evaluate the effectiveness of CBD on Autism.

Many autism symptoms are related to neuronal hyperexcitability, and CBD may reduce multiple autistic symptoms, with relatively lower side effects.
The standardized extract in this study contained a proportion of ~75/1 CBD/THC and was administered orally in capsules containing 25 or 50 mg of CBD and ~0.34 or 0.68 mg of THC.

A titration process was used to gradually increase the dosage based on patient condition and response to therapy. the average initial dose of CBD was ~2.90 mg/kg/day and 4.55 mg/kg/day after titration.

17% out of the cohort suspended the treatment due to adverse effects which may be related to concomitant therapy changes or potential drug interactions. 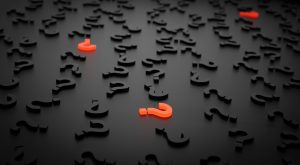 A recent Gallup survey indicates that 1 in 7 Americans are using CBD. 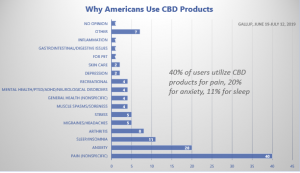 For example cannabidiol may be an antagonist of GPR55, an inverse agonist of GPR3, GPR6, and GPR12 and a serotonin 5-HT1A receptor partial agonist. It is also an allosteric modulator of the μ- and δ-opioid receptors and agonist of PPARγ. 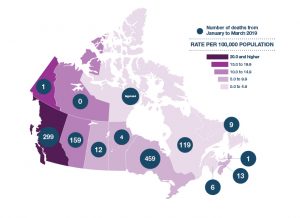 The opiate crisis is a pressing public health issue in Canada and the US. The death associated with the use of opioids may impact the life expectancy of Canadians (Source). It seems that currently approved medications for treating opioid use disorder (OUD) are not risk-free or effective in all patients and we need alternatives to manage patients with chronic pain or OUD (Source).

Medical Cannabis has been used for several years in Canada and the US and the majority of patients indicate pain as the main condition that they try to manage. However, due to regulatory and administrative challenges, there are still some gaps in evidence regarding the safety and cost-effectiveness of Cannabis-Based Medications (CBMs) to treat chronic pain.

In this retrospective study conducted in the state of New York, researchers measured the Quality of Life (QoL), the use of opioids, the cost of pain medications and reported side effects pre and post using CBMs for treating their chronic pain. Patients received THC: CBD (1:1 ratio) 10 mg capsules every 8-12 hours and vapor pen inhaler of THC/CBD in a 20:1 ratio for breakthrough pain.

The finding of this study proves that CBMs can be a cost-effective safe alternative for treating chronic pain to reduce the consumption of opioids in order to effectively control opioid crisis.

You can find the full article here .