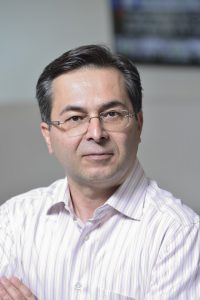 Kaivan Talachian holds a doctorate in pharmacy (Pharm. D) and is a practicing pharmacist in Canada with more than 25 years of diverse experience in the pharmaceutical, medical devices, and healthcare information technology.

He has been involved in medical cannabis research, education and innovation since 2013. He has developed and published educational materials on medical cannabis and has conducted numerous presentations in Canada and internationally. He is currently advising several companies in this segment globally. He was most recently the vice president of professional services at CannTrust, a publicly-traded licensed producer of Medical Cannabis in Canada. He has directed the medical strategy, sales, development of innovative cannabinoid dosage forms, clinical education programs, and cannabinoid-based clinical trials. He has directed the transformation of CannTrust medical business from a startup to a billion-dollar corporation.

Prior to CannTrust, Kaivan was the vice president of healthcare products at NexJ Systems, a publicly-traded Canadian company. In this role, he directed the development and design of a patient-centric software solution to activate and educate patients, collaborate care, and improve medication adherence.

Kaivan managed the development and implementation of integrated medication management and nursing medication verification solution which was pioneered at West Park hospital in Toronto. This solution was subsequently implemented in the United States and acquired by Baxter Pharmaceuticals. Kavain’s five-year work with Baxter global Infusion systems contributed to the development of strategy and requirements for the next generation of smart infusion systems. He contributed to the application of several patents in Canada, the US, and the European Union.

Kaivan has worked in different capacities for major pharmacy groups, such as Shoppers Drug Mart, Loblaw, and Costco. He has trained many pharmacists and pharmacy technicians and has been a member of the peer review panel at Hospital Pharmacy Journal. He has collaborated in the clinical heart health study, evaluating the impact of pharmacist interventions on the patient’s clinical outcomes and the implementation of robotic technology for medication fulfillment.

Kaivan is also the executive director of a not for profit organization focused on providing educational opportunities in deprived global regions. 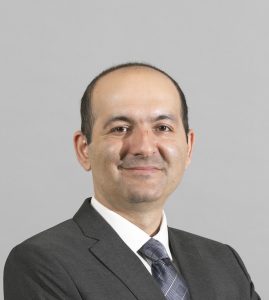 Farhang Modaresi is a bio-entrepreneur with more than 15 years of global experience in life-science industry. Farhang has an extensive background in planning and managing interdisciplinary projects to commercialize novel life-science technologies. He is a critical thinker who effectively partners with internal and external stakeholders to assess opportunities, design sustainable strategic roadmaps, and drive successful implementations.

Farhang’s ability to evaluate complex topics and design strategic solutions emphasizes his ability to communicate pragmatic solutions for complex healthcare challenges with different clients inside and outside of the healthcare sector. He is particularly experienced in commercialization, strategic management, business development and complex data analysis and presentation.

Prior to Concinto, Farhang was the director of clinical services at CannTrust, where he managed a team of 7 clinical consultants. This team delivered the highest growth in independent patient acquisition and sales.

Farhang has been a lead contributor on development and design of 3 double blind placebo controlled clinical trials on medical cannabis. He was also involved in cross-functional product innovation projects.

Before joining CannTrust, he worked as a consultant for a market access consulting firm in Sweden and he advised medical device manufacturers on the best strategies to enter UK market. Prior to that, he was a First Line Sales Manager in Novartis and oversaw the commercialization of cardiology, respiratory and rheumatology product lines for Novartis in Iran.

He holds an M.D. degree from Mashhad University of Medical Sciences and received his master’s degree in Bio-Entrepreneurship from Karolinska Institute, Stockholm, Sweden and his certificate in “Canadian Business Management” from York University, Toronto, Ontario.